Geomagnetic observations have a long history across Europe, though there has been little European-level coordination. EPOS will consolidate the community; modernise data archival and distribution formats for existing services, such as INTERMAGNET; and create new services for magnetotelluric data and geomagnetic models.


The Geomagnetic observations are represented in EPOS through a consortium.

The need for globally coordinated magnetic field measurements to understand the nature and behaviour of the geomagnetic field was recognized as early as the 1830s by Carl Friedrich Gauss, Wilhelm E. Weber and Alexander von Humboldt. To realise their vision they founded the Göttingen Magnetic Union in 1836, an organization devoted to coordinated magnetic field measurements using standardized instruments and operating at agreed times all over the world. Simultaneous measurements started at nine European observatories in 1836 and this number increased to more than thirty observatories across the world within five years. However, despite an increasing number of magnetic observatories being established in the following years, the systematic global collection of geomagnetic data really only started with the creation of the World Data Centres in the 1950s. The subsequent digital era then opened up the possibility of real-time collection of huge amounts of high-resolution data and large databases were created in all geoscience disciplines for scientific research and applications. 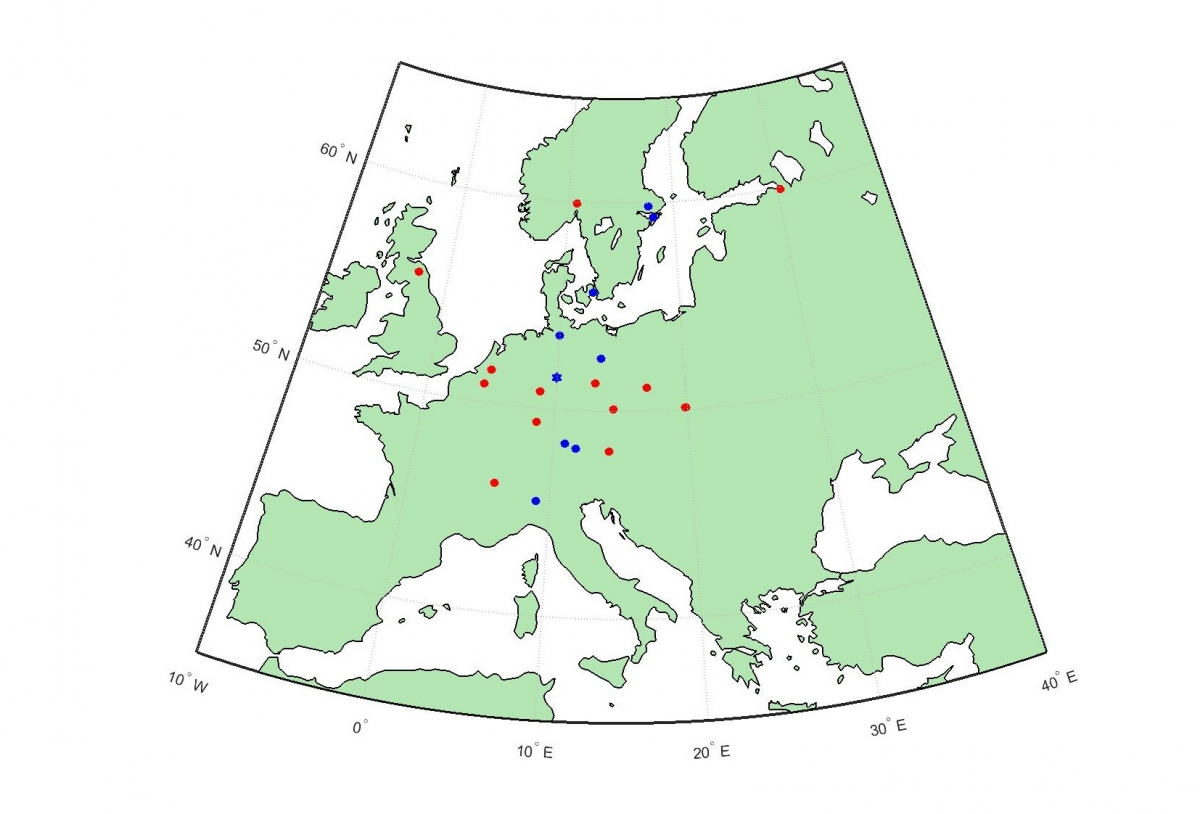 The network of geomagnetic observatories operated in the frame of the Göttingen Magnetic Union.

Now EPOS offers an added dimension for users of geomagnetic data, by breaking down barriers to data access and by offering users the opportunity to combine data from across the geosciences.

The building of EPOS EMTDAMO (European Magnetotelluric Data and Models) service will be presented and discussed with the community at the 24th EM Induction Workshop.