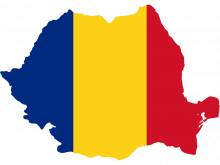 The list of members, observers and their representing entities is availaible in the ANNEX 1 of the EPOS ERIC Statutes, amemnded version 17 December 2020.

The governing body of EPOS ERIC...